Who are the Knights?

The Knights of Columbus is a fraternal benefit organization where Catholic men hold true to its founding principles of charity, unity, fraternity & patriotism.

In 1881 Father McGivney called a small group of catholic men together in the basement of Saint Mary’s Church, New Haven, Connecticut and formed a society that today has become the world’s largest Catholic service organization of over 2 million men in 19 countries.

As a member of the Knights of Columbus you and your family enjoy many benefits, including 12 free issues annually of the Columbia magazine the world’s largest Catholic family magazine and 12 free issues of our council’s newsletter the “Knights in Lightener “.  Also you are eligible to join the Knights of Columbus top-ranked insurance program, and many more family and personal benefits.

Application blanks are available from any member of the Knights of Columbus. To find out more just fill out the Information card and email it  to:

*just fill out our own web form on the left-side, which will be submitted to: John Lawson 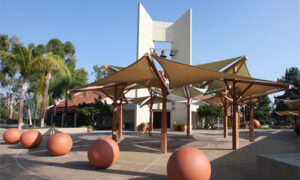 Council #9195 meets at San Antonio Church on the first Wednesday of each month at 6:00 pm in Glen Hall

Guest speakers make their presentations from 7:00 pm to 7:30 pm. Guests are welcome to attend.